You can skip to the dashed line if you’re tired, busy, or just want to skip the personal bit for now.

The reason I’m so grateful (and persistent) is because, at age 50, I have already saved and quit the jobs that were literally, physically killing me. I have serious health problems as it is, have lost a lot of people, and want to do something meaningful with my remaining years, God willing. Plus I need to help my 93-year-old parents (10 min up the road) at a moment’s notice they don’t get put in a home. I owe them that.

I’d tried to quit third party work before and make archery bows (ok but not a living for me), I was #2 on Google for a while under Buy Tarantulas organic search (formed terrible, worsening skin allergies), we sold bonsai pots and robotics until getting crushed by competition…

Each time I returned to factory or sweatshop work. This time I was not going to make it 3 years there without a coronary or something.

I only include this next paragraph because it is part of my life I cannot ignore and why I record AM radio programs that air across Africa seasonally:

I never imagined myself believing in an anthropomorphic God, esp. Christ (I resented the faith for historical oppression etc.), but a few years ago I suddenly felt I was left with no choice after a series of miracles that specifically led there. It left even the most clinically analytical part of me believing either (A) God was real, and in Jesus no less, or (B) Elon Musk’s or Philip K. Dick’s hypothetical alien matrix simulation programmer was wanting me to believe in (A) and making manifest whatever mind-bogglingly improbable, Jungian synchronistic things necessary to emulate said, miraculous signs.

And so I try to do what’s right to that end and cannot deny it. Even my radio ministry can exist better without me poisoning or injuring or hyper-stressing myself in some place I’m abused for being undeniably autistic or something.

I’ve never gotten a bachelor’s degree… after the miraculous conversion I returned to finish an AA and got a Divinity degree to minister… but technical-wise I have done aerospace machining (a little CNC and G code), wireless data R&D, and I grew up with Dad having folks like NASA’s Chris Craft to dinner so, dangit, I should be able to lick this.

I always do my best and I know I can make spiritually meaningful things from home professionally, and I am nearly full-time passionate about Native American style flutes being one.

I feel as if I could have you answer some questions, it would also clue you into where I could use pointers.

One thing I just experimented with is – since the first two cross fingered notes do sharpen too much while trying to tune the primary notes (in practice, not in WID) I.e. for an A4 flute, since C# and D# wind up way sharp despite Bob Grealish method, I thought I’d lie to WID about my target frequencies for C# and D# to compensate.

I measured what I really get for C# and D# after trying to undercut (and with C & D in tune, and blowing the same breath) to see exactly how many Hz each was off. Then I subtracted those Hz in the WID tuning file next to the fingerings. I subtracted 20Hz from C# and 10 Hz from D#.

Sure enough – when I pull up the analysis at least it’s now telling the truth about how darn sharp those notes will want to be.

Not sure how much optimizing with those “lies” will actually help (considering the NAF’s inherent conflicts) but I considered within the realm of possibility that a couple of the elite who offer reasonably chromatic NAF’s with straight bores might be using…?

John Stillwell admits to having pretty much given up chasing a chromatic flute to some degree, at least without using half-holes for two notes. He calls it “impossible for him” to resolve the first two “hidden notes” like a few others for whom it is, still, always very challenging.

Again, just even seeing what you truly consider an acceptable analysis sheet would help me know I’m not chasing my tail. You have a good reputation and clearly found that “middle way” as Buddhists put it (at least the “The Razor’s Edge” they do, LOL).

And any tips on final hand-tuning, undercutting etc. even if it’s just “Bob Grealish has it nailed”.

Thanks again for your priceless time and consideration. 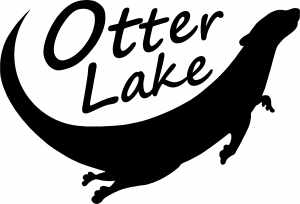